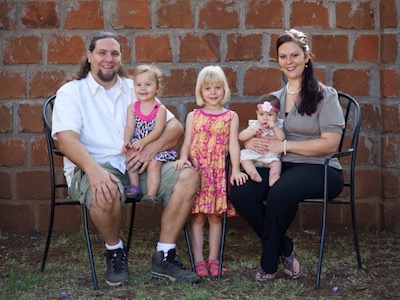 Peter moved to Tanzania in May 2007 being sent out from his home church of Harvest Church in Hampstead, MD.  He is a 3rd generation minister who desires to see the Kingdom of God inhabit Tanzania and all of East Africa through manifested love ministered in the power of Holy Spirit.  Peter met Rebekah in Tanzania in July 2007 on an international ministry trip they were both a part of and married her two years later.  Peter is ordained as a minister by the Apostolic Network of Global Awakening.

Rebekah has desired to be a full-time missionary since the age of four, when the Lord spoke to her and planted this dream in her heart.  Rebekah is a graduate of Northwind School of Ministry in Wasilla, Alaska.  She is ordained for ministry under the apostolic covering of the Apostolic Network of Global Awakening.  She desires to see a lifestyle of worship, creativity, and intimacy with Jesus released among the peoples of the world.

Peter and Rebekah welcomed their first child, a daughter named Noelani, in 2011.  She is full of energy and vitality as she goes, goes, goes nonstop throughout the day.  Noela is fun and personable and already has a love for the Tanzanian people, as evidenced by her desire to give hugs to all her peers and to hold every single baby.  She is an extrovert to the n^th degree!

Peter & Rebekah welcomed their second daughter in 2013.  Kealani is a curious little one on a perpetual journey of discovery of the world around her.  Kea enjoys dancing, running, and making other people laugh.  She is quite the little comedian who at the end of a long day enjoys cuddles and snuggles.

Peter & Rebekah welcomed their third daughter in the summer of 2015.  Leilani is the center fielder between her siblings who likes getting out and seeing the world, while being held by those she loves.

We are affiliated with Randy Clark and the Apostolic Network of Global Awakening.  We are sent out by both of our home churches; Harvest Church in Hampstead, Maryland and Northgate Alaska in Wasilla, Alaska.  In addition, we have relationships with several pastors and leaders whom we honor as spiritual fathers, including Doug Johnson, Senior Pastor of Harvest Church, pictured with us and Randy Clark at Rebekah’s Ministry Licensing with ANGA in May of 2011: 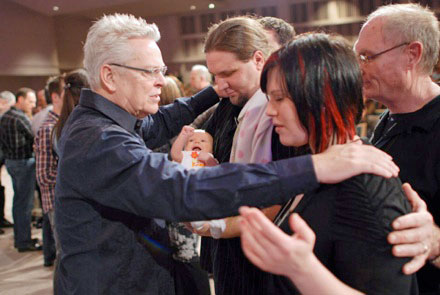